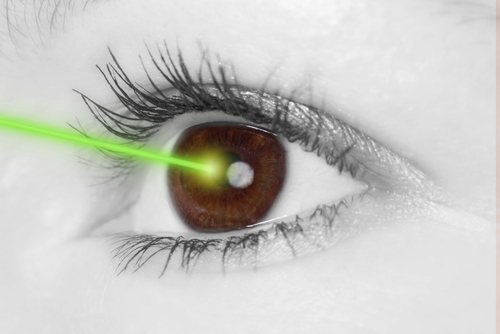 Blurred Vision, Burning Eyes: This Is a Lasik Success?

Some patients who undergo the eye surgery report a variety of side effects. They may persist for years, studies show.

This New York Times Lasik story will certainly bring clarity to the public regarding LASIK.  Hopefully, this Lasik story will motivate people to do the appropriate research and arm themselves with the facts so as to make an educated decision.  In spite of new and ‘improved’ technology and techniques, the complication rates are still too high (a lot higher than reported) for an elective procedure.

Ever since he had Lasik surgery two years ago, Geobanni Ramirez sees everything in triplicate.

The surgery he hoped would improve his vision left the 33-year-old graphic artist struggling with extreme light sensitivity, double vision and visual distortions that create halos around bright objects and turn headlights into blinding starbursts. His eyes are so dry and sore that he puts drops in every half-hour; sometimes they burn “like when you’re chopping onions.” His night vision is so poor that going out after dark is treacherous. But Mr. Ramirez says that as far as his surgeon is concerned, he is a success story. “My vision is considered 20/20, because I see the A’s, B’s and C’s all the way down the chart,” said Mr. Ramirez. “But I see three A’s, three B’s, three C’s.” None of the surgeons he consulted ever warned him he could sustain permanent damage following Lasik, he added.

The Food and Drug Administration approved the first lasers to correct vision in the 1990s. Roughly 9.5 million Americans have had laser eye surgery, lured by the promise of a quick fix ridding them of nettlesome glasses and contact lenses. There is also a wide perception among patients, fostered by many eye doctors who do the surgery, that the procedure is virtually foolproof. As far back as 2008, however, patients who had received Lasik and their families testified at an F.D.A. meeting about impaired vision and chronic pain that led to job loss and disability, social isolation, depression — and even suicides. Even now, serious questions remain about both the short- and long-term risks and the complications of this increasingly common procedure.

Global Complex Eye Care has been specializing in the treatment for post-LASIK complications for many years. “While LASIK surgery can be successful under optimum eye conditions, unfortunately, many patients do experience side effects due to pre-existing conditions. However, there is hope! Utilizing our vast experience and expertise, as well as an array of new technologies, we are able to treat these side effects with non-surgical techniques.”